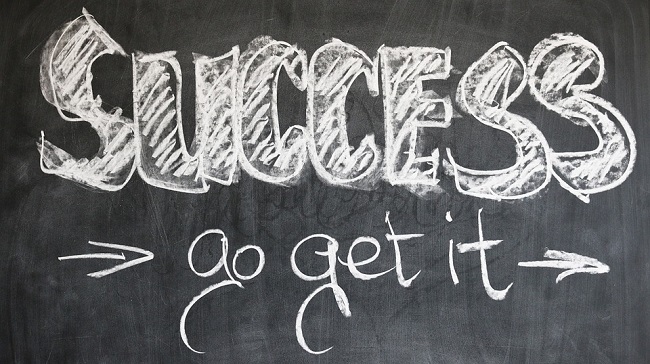 We reached the $1M net worth destination by age 40 and $5M by age 50. After working (we’re educators) and investing for about 20 years, working, which I still do, is now an option. Over the years, I’ve set many net worth (NW) goals and achieved them. The most recent milestone happened in 2013 – our NW increased by $1M; well $949,722 to be exact. That breaks out as 50K savings, about $170K in dividend income, and the balance in unrealized capital gains. 2014 is starting out on a strong footing with our NW increasing by ($254K) by March 21.

Here’s a quick update. I’ve kept to my plan and have a NW of $7.1M as of September 2, 2016. My goal is to hit the deca-millionaire mark within the next 5 years (how to calculate net worth).

As a brief re-introduction, I’m a recovering “save-oholic” along with my wife of nearly 25 years. I’m a school principal and my wife is a teacher. We’ve worked in education since our late 20s and are approaching the age at which we could retire early. I would kindly refer readers to my original article and the Q&A that follows it to get more background into my situation, philosophies, and approach.

Our largest asset is the investment portfolio ($6.5M), but I also have a primary residence (~$500K value), some cash on hand (~$60K) and three vehicles (~$35K value). We have done well with our personal real estate over the years having lived in areas with generally rising real estate markets and selling our first house after a nearly 50% gain in just 3 years.

Recently I purchased (with $300K cash) a small downtown property (an older house that had been renovated into offices) to lease to a friend who runs a small business. It’s my first foray into real estate and I’m quickly learning that it is much more work than an investment portfolio! My goal is to realize a capital gain on it as the economy picks up.

Our investment performance has been decent since 1992 when I started investing. We have averaged 8.34% (CAGR) to the end of 2015 (how to calculate investment returns). I’m on a bit of a roll having beat both the TSX and DJIA annually for the past 5 years. My average dividend yield on my Canadian holdings is 3.87% and 1.43% on the US holdings. That generated just over $200K in income in 2015 (some of that is earned in registered accounts).

For those of you counting stocks from my last article, I have done some house cleaning as I had 49 holdings at that time and 32 now. As usually happens, I have come to regret selling some of those. Lately I have been adding some positions in strong companies in the oil and gas industry anticipating a turn-around (ECA, CPG, HSE).

I spend about 10-15 hours a week studying companies, tracking quarterly EPS, keeping updated on news. Far from a chore, I enjoy doing this study and analysis, and think of it as a part-time job. If you have been following business news, you may have noticed that POT and PKI have recently surged in value due to some merger and acquisition activity. A positive quarter from the Canadian banks was also welcome news. As one person recently tweeted, and I completely agree: “don’t hate big banks, own them.”

Usually things are quite boring but my attention and activity perk up in times of market or company crisis. I readily use margin to buy shares when I want them rather than worry about whether I have the cash or can generate it from a sale. Right now I’m carrying about $250,000 in margin but no other debt.

Lately, my self-directed RESP (how an RESP works) has been on my mind since my daughter has just started her first year of university and we made our first withdrawal. This 9-holding plan has a value of about $325K. I’ve made the maximum contributions for my daughter and son (who is in grade 10) over the years, and have received the maximum CESGs (government grant). It’s earning about $13K per year in dividends.

The funny thing about RESPs is that after I proved to the bank that she was enrolled I was allowed to take out a whopping $2,500 in the first 13 weeks of school… I was amused by that since the first 13 weeks are costing roughly 3x that amount! I think withdrawals are unlimited after that but be prepared to bankroll the first term.

I guess the other thing on my mind lately is early retirement. We’ll likely travel a bit in retirement and I have plans to write an outdoor adventure guide book. As an avid outdoors person, I also have climbing Kilimanjaro and walking the Camino de Santiago on my bucket list. My only worry is that I’ll have more time on my hands in retirement for managing my investments so I’ll likely be more active (and making more mistakes) than I should be!

Thanks for reading. Pete.

About the Author: Pete and his wife are educators in Western Canada, and are regular followers of MillionDollarJourney.com