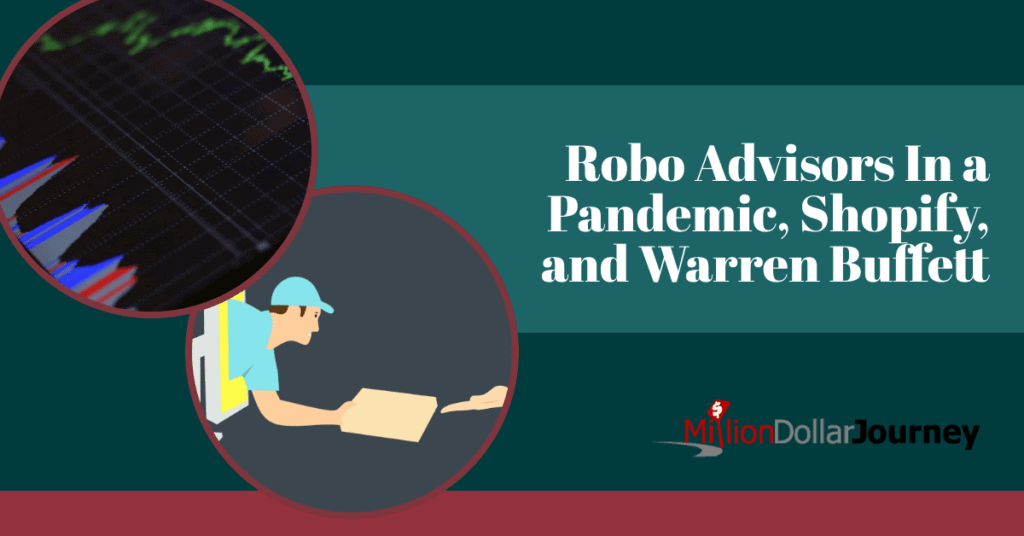 “Robo advisors such as Wealthsimple and Questwealth Portfolios will get their just deserts when the market tanks and all of their clients panic due to a lack of advisor contact.”

Critics of online wealth management (aka “robo advisors”) repeated that platitude over and over again these last few years.  Sure, these automated index investors were great when the market kept going up, but the real value of a personal MER-fuelled advisor would show itself when the cards were down!

Turns out those critics were wrong!  (And pretty much every personal finance writer was right.)

The Globe and Mail wrote a great piece earlier this week with the following highlights:

Conclusion: Robo advisors continue to shine, and can now add outperformance in both investment returns and client behaviour to their collective resume.  The last objections high-MER mutual fund sales people were using to justify their much higher investment costs have been thoroughly debunked.

While we’re all trying to make sense out of this new world of positive investment returns mixed with negative economic news, a lot of attention is being paid to Warren Buffett’s big virtual chat last week.  One thing that I always love about “The Oracle from Omaha” is that he is willing to admit when he has made a mistake, and that he’s ok saying, “I’m not sure.”  Those two traits give him far more credibility than anyone on TV business shows.

The big takeaways from Buffett’s message were:

“In my view, for most people, the best thing to do is owning the S&P 500 index fund. There are huge amounts of money people pay for advice they really don’t need. If you bet on America and sustain that position for decades, you’d do far better than buying treasury securities.”

You might have missed it earlier this week when RBC – one of Canada’s best dividend stocks and global banking giant was momentarily topped by a scrappy tech underdog called Shopify in the Canadian company-size rankings.

When we talk about a company’s “size” in this context, what we’re actually referring to is a company’s “Market Capitalization” or “Market Cap”.  For a couple of days this week Shopify was valued at roughly $121.3 Billion versus RBC’s $120.5 Billion.  And while the banking heavyweight (incorporated a mere two years after Canada became a country) regained their #1 status by the end of the week, it was still noteworthy in the relatively small world of Canadian stocks.

Given their meteoric rise (stock value has doubled in the last year) and lack of a bricks-and-mortar presence on Canadian street corners, you could be forgiven for not knowing what Shopify is!  Basically, the company sells little pieces of code and software that people can use to quickly create their own online store.  Their solutions can be incorporated into an already-created website, or can provide a site-wide template.  Turns out that for some reason companies are really interested in online sales these days.

The stock’s recent surge has catapulted CEO and founder Tobi Lutke into 4th place on Canada’s rich person list with a net worth of roughly $8.8 Billion Canadian Dollars.

I have no idea if Shopify is a great investment that is going to emerge as the indirect rival to Amazon when it comes to online sales, or if the stock will fall in the same way RBC’s other challengers have collapsed over the years.  What I do know, is that this is why index investing works as an entire investment portfolio, or as a large component of your portfolio.  If you consistently purchased your Canadian index fund over the last few years, you will have benefitted from Shopify’s growth even if you had no idea what the company was or how they made their money!  If the company sinks back to Earth in the wake of the pandemic ending, you can always count on index-stalwarts to be there for you.