Leaving Canada? What about RRSPs? 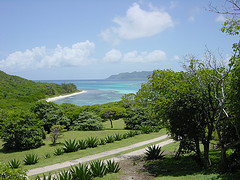 I read a great article on Tim Cestnick's site today regarding what Canadians should do with their RRSPs when permanently leaving Canada for retirement.  That is, how to efficiently minimize the tax of withdrawing from RRSP's when one becomes a non resident of Canada.

The actually learned a lot from this article, and I thought I would share with you the highlights.

3. Give up Residency Properly.

Hi
Me and my husband came to Canada from the US, lived there for two years and worked on Canadian green card. We both worked at Manulife Financial where we have some RRSP and REP (I think that’s what is the latter one called). The collective value for both these accounts for me and my husband is about 50K.
We came back to the US in 2002 summer and have lived here ever since. We are naturalized citizen here at the US.
A month ago my husband (on Oct 2nd 2016) passed away due to a sudden massive Heart attack.
We are both under 50. I am working for the City of New York currently.
What do you suggest should I do now?

Hello,
I am a dual citezen (British and Canadian passports) and am planning on moving to the UK late next year.

I’m wonding if can I keep my RRSP and tax free savings account? Can I complete my contribution/top up for 2009 even after i’ve left Canada and am working in England? And if i needed to with draw from my RRSP while still living in the UK, could I do so without paying UK taxes as well as witholding tax to the Canadian Government?

Any insight you may have would be greatly appreciated! Thank you!

Is any one know how much cost for living in Calgary Canada?
Please I need some information regarding that.
Cost for apartment, Income Tax, Insurant, Transportation, etc.
Thank you.

Hi ,
This discussion is very timely. I have moved to US last month. I have my RRSP account with Questrade( since last August). What are the options open to me if I want to continue holding the stocks in the RRSP account in Canada and still need to trade ? Is it at all allowed?
I have not done any trading after I left Canada. But with the markets gyrating, may need to rebalancing once in a while. Any suggestions/advice would be very welcome.

Thanks FT. That explains a lot.
I always thought that RRSP contribution serves to re adjust my recorded income. SO if I contribute 10k, that means that the government will have to tax me only 30% on my (income – RRSP contribution). So what you are saying is that I will still get my full income taxed at 40%, however, the return from the contribution will be reduced based on your formula?

Caus, you are right, it does reduce your recorded income. The best way to get a clear picture is to use a RRSP calculator, like the one on taxtips.ca, to see what would happen if you were to contribute x amount.

I wrote an article a few years back for Escape Artist about how to lose your tax residency. You can find it at

I read a separate article on that site: http://www.timcestnick.com/articles/admin/PDFArticles/20080131_Deferring_RRSP_deductions_could_pay_off.pdf?PHPSESSID=2edb156f51cd62880717bc4a8e55fea5

About why you should defer the RRSP contribution if it lowers your tax bracket. I am a bit confused here as I thought that if you contribute enough that it lowers your marginal tax rate, doesn’t that mean that you actually get more tax credit back because the calculation for how much you should be taxed is redone with the lower tax rate in mind? So less of your in come is taxed giving to more return. What do you think?

Actually happy to hear Deborah get that off her chest. I just wish 10% of the Canadian population actually understood even half of what she was talking about… sigh… I should write a book :(

Either way, Dividendgrowth, what Deborah doesn’t mention is that Canada has a good (non-military) method of digging itself out of debt. Canada actually has resources it can export to help make up a trade deficit. The US doesn’t even really have that.

Plus, with “imminent climate change”, Canada actually stands to benefit. Much of Canada (from the Alberta foothills to central Ontario) is effectively desolate, we have a lot of space. Though who knows if we’ll have enough space and resources.

Keep in mind that the value of the debt decreases year over year by the impact of inflation. If we continue to just make the interest payments on our national debt and not allow the principle to grow at all, in another 20 years, $500 billion will seem like a drop in the bucket compared to our GDP.

Having debt is not a bad thing. You borrow today the money you need for infrastructure and let the prosperity it brings you tomorrow pay for it. Two hypothetical countries that start off at the same point and one borrows and one operates off of cash flow… the one that borrows (correctly) will be much farther ahead. The same works for companies… the one that invests the millions of dollars in a new plant and equipment will likely destroy the company that waits until they have the cash flow to purchase them. This works on a personal level too: Borrowing to buy a house is one of the best debts you’ll ever have. Wait until you have the cash in hand to buy one outright and you may be waiting until you’re 60 years old.

The problem we ran in to was that governments in the mid 80’s and early 90’s were borrowing heavily to fund operational losses, not for funding infrastructure. This ballooned our debt and didn’t give future generations any real benefit other than few extra borrowed dollars in our pockets during this time.

Fortunately, we righted things before they got really bad and now we are sitting in a good situation once again. While times are good, we should continue to make modest debt repayments and when times go sour, we can just make the interest payments and keep our cash flow for more important things.

RE: The subject of the original post: If you are considering leaving Canada (as a resident) after retirement, plan your investments carefully to take this in to account. Getting stung by unanticipated taxes can significantly alter your retirement plans.