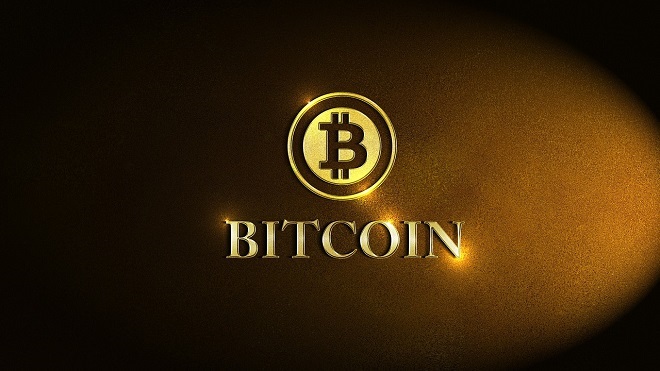 Bitcoin seems to be all the hype these days, especially with the digital currency making new highs day after day. At the beginning of 2017, Bitcoin was valued at around $1,000 USD. As of November 4, 2017, Bitcoin has reached $7,300 USD – a 7 bagger in less than a year.

So great, this magical currency seems to be going up, but what exactly is Bitcoin? At a very high level and without getting too technical, it’s a decentralized (peer-to-peer) digital currency that uses cryptography in a way that appears to be very secure.

Normally, when you send an online payment, say an email money transfer from your favorite online bank account, your bank acts as a central authority that would verify the transaction. Being a central authority allows them to charge fees for the service and to verify that the same money was not spent twice (ie. money properly withdrawn and/or deposited into your account).

Bitcoin is a peer-peer currency, which means it does not have a middleman. This potentially means that Bitcoins can be sent from user to user anywhere in the world without fees.  As you can see, this is a disruptive force for the banking and credit card industries.  However, creating a peer-peer currency is not without problems, there is a problem of double spending the money.  Essentially, the digital currency needs to ensure that users/owners can’t make a digital copy of the coin.

To solve the “double spending” problem, Bitcoin is built with blockchain technology. Blockchain is the underlying technology behind Bitcoin and other digital currencies.  You can view a digital currency as an application of blockchain, similar to how Twitter or Facebook is an application of the internet.  Blockchain enables the tracking of sequential transactions (sorted chronologically) using cryptography that is very difficult to hack or change.

When you make transactions with your bank account, the bank is responsible for keeping a ledger of all of your transactions in sequential order.  This ledger will keep track of your account balance, withdrawals, and deposits of your account by date in a central location (ie. a server with the bank).

To “decentralize” the cryptocurrency and its transactions, Bitcoin uses blockchain to keep an encrypted digital ledger that is maintained by the public in multiple locations.  Each Bitcoin transaction is encrypted and stored in chronological sequence within the public master ledger – forming a chain.   How do they verify that a transaction is legit?  They use computing power from people/companies that sign up as “miners”.  These miners race each other to verify transactions (they need to solve encryption puzzles in real time) and the quickest get rewarded in Bitcoin for their trouble.  Since every transaction is stored and encrypted chronologically, miners can quickly tell whether or not the transaction (withdrawal/deposit/account balance) is legit and/or if the chain has been tampered with.

Phew! That was my best attempt at simplifying how Bitcoin works.  For those of you who would like to dig a little deeper into the weeds, check out the Bitcoin Wiki.

Why Invest in Bitcoin?

That’s a very good question and a question that I struggle with.   I think what makes me hesitant to invest or use the currency is that the valuation changes so much in a single day and major risks like government regulation.  On the other hand, more and more retailers are accepting Bitcoin as an accepted form of payment.  According to Wikipedia, as of 2015 Bitcoin is accepted by over 100,000 retailers.  I’m even hearing rumors that Amazon is looking at accepting the currency as a form of payment which really would be a game changer.

I can see the disruptive nature of the currency being a driving force, in addition to its scarcity.  What scarcity?  Bitcoin miner rewards will reduce over the coming years and will keep reducing until 21 million Bitcoins are in circulation.  You may be thinking that we will run out of Bitcoin, but in actual fact, a Bitcoin can be divided up to eight decimal places.

Something to think about – if miners are spending money on computer hardware (and electricity) to verify transactions quickly in order to get a Bitcoin payment which is currently 12.5 Bitcoins/block  ($91k USD), what happens when there are no Bitcoins left to mine?  What will motivate people/companies to continue supporting/verifying the transactions?  Will the verification step become extremely slow?  Or perhaps Bitcoin will introduce some kind of transaction fee to keep miners motivated?

How to Buy/Sell/Trade Bitcoin

So now that you have a high-level understanding of how Bitcoin works, and you are a bit of a risk-taker, how do you get a piece of the action?  I’ve done a bit of digging around, and from what I have seen, the easiest way to buy and sell Bitcoin (or other cryptocurrencies) is through a Bitcoin and/or Cryptocurrency Exchange.  These are similar to discount brokers for the stock market where you can buy/sell digital currencies for a trading commission.

For U.S readers, Coinbase seems to be a popular option, but Canadians are out of luck as they do not allow withdrawals to Canada.  I discovered this the hard way after signing up and verifying my account.

So I did a search for the top Bitcoin exchange for Canada, and Quadriga (an exchange based out of Vancouver) came up on a bunch of lists as being reliable with relatively low fees.  Quadriga offers free sign up, but they charge a fee to deposit cash into the account (1.5 to 2.5%) but free to withdraw via electronic funds transfer.  In terms of trading fees, Quadriga charges about a 0.2%-0.5% of the trade value.  I signed up for an account, and I will warn you that the verification process is a little intense (ie. like a selfie holding your ID) but not that much worse than opening a stock discount broker account with a big bank. I am going to check out a few more cryptocurrency exchanges and report back here.

With cryptocurrencies like Bitcoin making it into the mainstream, I hope that this article helped clarify a little about how they work and how you can trade them.  If you are looking at trading Bitcoin or other digital currency, I will say that these currencies are extremely volatile and that you should be prepared to only risk what you can afford to lose.  As of today, I have not made any digital currency transactions, but I am getting closer to pulling the trigger with some of my play money.

What are your thoughts?  Are you invested in any cryptocurrencies?  Do you see a future for this technology?