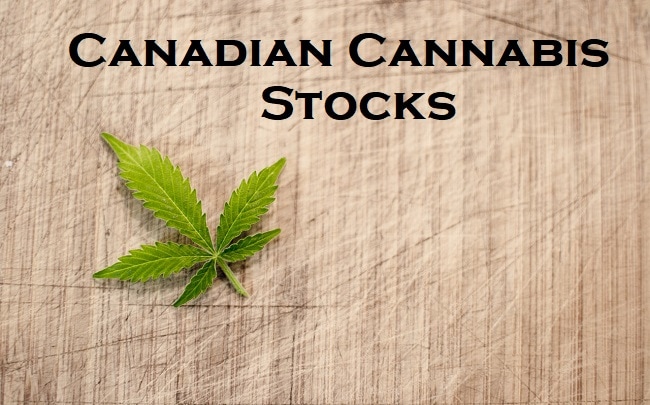 In an earlier post this year, I mentioned that most of the returns from my “fun trading account” are due to buying weed/cannabis stocks in the very early days.  When I made the purchase a new Prime Minister was elected, and it felt like he would really push for the legalization of cannabis in Canada.

In hindsight, it was a great move (my largest percentage winner thus far), but on the other hand, it was a relatively small amount so it didn’t make a large dent in the net worth.  I often imagine what it would be like if I had better conviction on cannabis stocks at the time and backed up the truck – however, I digress!

The recent boom in cannabis stocks has resulted in lofty valuations (shall I say bubble?).  In this case, investors/speculators have high expectations for cannabis sales once it is fully legalized in October.  All the hype and market drama has resulted in a number of reader emails about weed stocks, so I thought I would put together a post on the largest weed stocks in Canada.

Although most of the “big” players have sales right now, they are very low relative to their market capitalization (what the stock market thinks the company is worth). As a result, investors/speculators are buying based on future sales.  Some factors that are considered is the amount of square footage (or future square footage) that is available to grow cannabis.

Another big factor that has given a big push to the industry is the alcohol industry teaming up with weed companies to produce new adult beverages.  Constellation Brands, the company that makes Corona, recently added to their position in Canopy Growth (the largest cannabis company in Canada).  Constellation now owns 38% of Canopy with the option to purchase another large portion that would give it greater than 50% ownership.  The last purchase gave Canopy about $5B to play with the side benefit of giving the whole cannabis sector a vote of confidence.

Canada has sprinted out of the gates as a leader in the industry on a global scale.  Here are the largest weed stocks in Canada.  This data below is taken from MorningStar and New Cannabis Ventures.

While I think that valuations are lofty, bubbles can last much longer than people expect, so there is a possibility that these stocks simply keep going up with the hype. If you aren’t interested in buying individual stocks, but interested in owning the whole sector, you can buy an index ETF that holds most of the positions that I mentioned above.

The ETF is the Horizon’s Marijuana Life Sciences Index (ticker: HMMJ; MER: 0.75%) that holds a mix of US and Canadian weed stocks. The top 10 holdings make up almost 80% of the ETF:

In my opinion, fun and exciting stocks like the ones in the cannabis sector are for the risk takers, should be just that, for fun.  If you have the risk tolerance, then it should be a smaller portion of your portfolio rather than core positions.  If you want to play the sector, then trading HMMJ may be a decent bet rather than doing the analysis on all the individual players.

Are you invested in any marijuana stocks?  If so, which ones are your favorite and why?

Disclaimer:  This post is for informational purposes only.  I hold positions in some of the stocks mentioned.