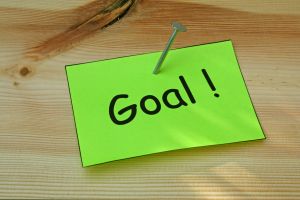 Time for the annual financial goal report card. I set these goals at the beginning of the year to help bring focus to what I want to achieve financially. What’s a better way to stay focused than to make the goals public to thousands of readers!

2008 was a big and busy year for our family. Between building a new house, the new baby, and my 2 full time jobs (office job and MDJ), 2008 was a blur. Despite it’s quick pace, it is a year that will forever be in my memory.

Onto the goals. Unfortunately, some of my financial goals did not get achieved this past year. This was mostly due to the historic market correction that we experienced in the latter part of 2008. Lets take a look at what happened.

This was a very lofty goal of mine, but I felt that it was achievable due to the net worth growth in 2007. In my original article declaring my financial goals for 2008, I mentioned that I was a little worried about the drop in household income due to my wife going on maternity leave combined with additional baby expenses. Even though I managed to make more money in 2008 to account for the income deficit, the market was not kind to my equity portfolio.

As a result, even with steady savings, our net worth only grew by 11%, a goal shortfall of 14%. Hopefully, we can recover sometime between now and when I turn 35. :)

It’s worthy to note that I haven’t accounted for the appreciation of my real estate holdings as of yet which would increase the net worth by several percentage points.

Between my dividend, interest, rental and online income, I was able to surpass the $2,500/month milestone in 2008. This was one of my main areas of focus in 2008 to help make up for the reduced household income.

With the additional passive income (which we stashed away), we were able to maintain a relatively high savings rate of approximately 30%. Of course this is approximate as our income was quite variable during 2008.

Goal #4: Increase the blog readership of MDJ to 3000 RSS subscribers.

I’m pleasantly surprised with the result of this goal. We started the year with around 1,400 subscribers and ended the year with over 4,000. Thank you for following my financial journey!

Along with our monthly contributions to local charities that are close to our hearts, we made a couple larger contributions near year end to bring us to just over $2,000 for the year. In addition, I started volunteering my time in working with a local charity which has brought the positive feeling of giving to a whole new level.

Goal #6: 2008 will be spent learning more about buying stocks at a discount and obtaining a return of 12-15% on my investments.

Although I did do quite a bit of research on bargain stock hunting, in hindsight, the market return goal was a bit of a stretch as it’s impossible to predict what the market is going to do in any particular year. The TSX (XIU) and The Dow in 2008 were both down about 30% which put a big damper on my market returns.  Perhaps this kind of goal would be more realistic in a longer time frame.

Given the huge variation in the price of gold over the years, I don’t understand how it is any better a measure than dollars. Had I measured it against 1980 at $750+/ oz, or ’83 or ’87 or even last March, would I be satisfied with a comparison at the current $850 valuation today?

Might there be a better marker of real value in the market? I don’t think gold is necessarily it.

Gates, great point. The goal should be more concrete and relative. Goals for 2009 coming up tomorrow!

Thanks, Mark. I now understand that you mean by purchasing $4500 in RRSPs you avoid having to forward any further sums to the CRA beyond the amount they have already deducted from your income through the year.

Thanks for the link. I have been doing some reading on this site and it seems to be the best way (DRIP and SPP investing) to get started with dividend income!

To clarify, my spouse and I earn a decent income and every year, we need to put ~$4,000 away each in RRSPs to avoid paying income taxes.

Given that we’d rather “pay ourselves first’, we need to contribute, again this year, another $4,000-$4,500 each in our RRSPs to avoid paying additional taxes in the spring.

I know this goal may be modest and easily achieved for some in this blog, but given our other goals of putting an additional ~ $10 K on our mortgage, putting a few K into our emergency fund and starting the dividend income investing journey, that will keep us plenty busy and focused.

@FT: Goal #6…obtaining a return of 12-15% on my investments… Perhaps this kind of goal would be more realistic in a longer time frame.

Honestly, FT, I think the problem with this goal is simply one of “asking the wrong questions”.

I mean, what if the TSE jumped 30% and you made 20%? Technically, you beat your goal, even if it’s obvious that you didn’t really get what you wanted. By the same measure, what if you made 15% but inflation was particularly high that year? (instead of the 3-4% we’ve seen in the last decade) Maybe you made 15% in nominal gains but you could only buy 4% more “stuff” with those gains.

The fundamental issue here is that your number (+12-15%) isn’t really “tied down” to anything. It’s just a number.

Your actual goal is something like “increase net purchasing power by 15%” or “increase quality of life to 1 massage / month” or “own 10 more ounces of gold”.

If I were to re-write this for the current year, I would set a more stable target. For example, try measuring your investments in gold or silver (or loaves of bread or barrels of oil or some other commodity). Heck measure it in all four.

Here’s the way I see it, if I start the year with $2000 and end the year with $2300 dollars (i.e.: I made 15%) that doesn’t necessarily mean that I’ve gone anywhere. Heck maybe last year’s $2000 TVs now cost $2400 due to inflation’s effect on the price. But if I can say that I started the year with about 20 ounces of gold in investments and ended the year with about 23 ounces, then I’ve made some form of real progress. It’s like measuring your retirement savings in “years of current income” rather than in straight dollars.

It’s really all about context. To whit, the US government is in the process of printing some $1,000,000,000,000. They’re not actually “making more stuff”, just “printing” a dollar amount greater than the Canadian Federal Debt (and quite possibly the Canadian GDP by the end of 2009). Being up 15% next year could be meaningless.

I use the DRIP & SPP method. No fees and all Canadian companies except one US pharma. Go to http://www.dripinvesting.org for more info on how to do this.

DAvid, you beat me too the question. When I read that statement I did a double take.

Please explain how you expect to accomplish THIS goal, given you can contribute about 18% of your gross income to an RRSP.